SML Alto Saxophone Rev D 1954 made in France no Selmer 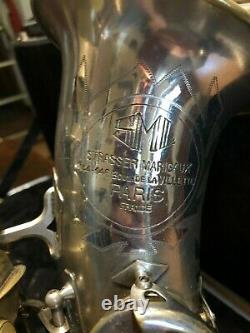 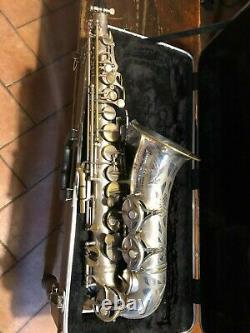 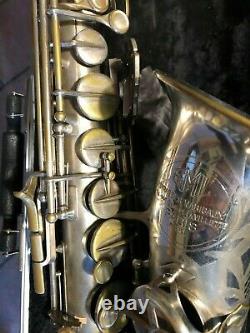 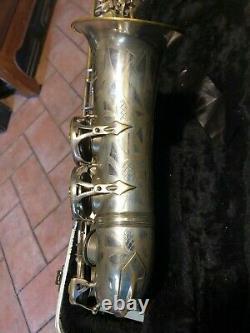 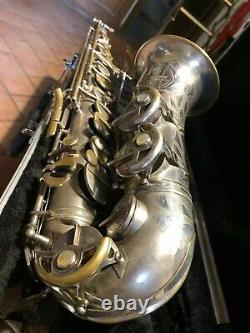 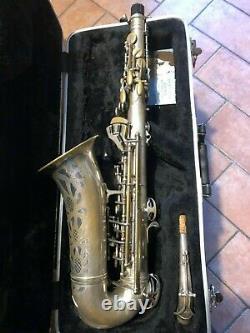 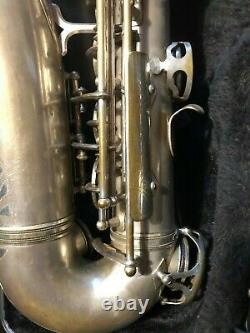 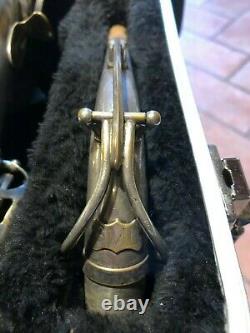 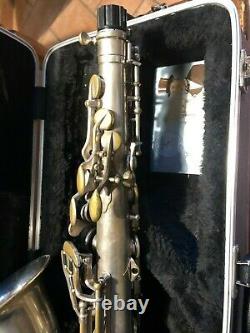 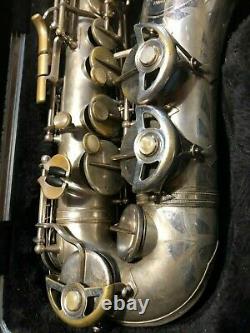 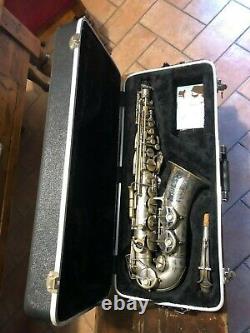 Some info about SML saxophones by saxpics. "Strasser Marigaux & Lemaire was founded in 1934 by three partners: Charles Strasser, a businessman who was born in Switzerland; Marigaux, an instrument maker who trained at Buffet-Crampon, where his father was "premier ouvrier, and Lemaire. After the death of Lemaire many years ago, Strasser and Marigaux bought their partner's shares and the company became known as Strasser-Marigaux.

Marigaux died in the early 1970s, leaving Strasser the sole owner of the company. SML began making saxophones when the company was founded -- two years before Selmer introduced its revolutionary Balanced Action saxophone.

SML ceased production of saxes in 1982; at the time, the company was making 400 saxes a year. " A company spokesperson said SML stopped making saxophones because "we just couldn't compete with Selmer anymore. These horns appeared around s/n 83xx. The name "Lemaire" was dropped from the horns - although on many horns between s/n 83xx and 98xx, Lemaire's name randomly kept popping up.

Serial numbers on the neck eventually fizzled out by the early 10xxx's. The other main feature of this model is that it has all of the adjustment screws, etc. That the Gold Medal has. It appears that at approximately s/n 15000, the Gold Medal was introduced... The item "SML Alto Saxophone Rev D 1954 made in France no Selmer" is in sale since Friday, December 10, 2021.

This item is in the category "Musical Instruments & Gear\Wind & Woodwind\Band & Orchestral\Saxophones". The seller is "rukasan" and is located in Firenze. This item can be shipped worldwide.